Working for the Ministry of Peculiar Occurrences, one sees innumerable technological wonders. But even veteran agents Braun and Books are unprepared for what the electrifying future holds…

After being ignominiously shipped out of England following their participation in the Janus affair, Braun and Books are ready to prove their worth as agents. But what starts as a simple mission in the States—intended to keep them out of trouble—suddenly turns into a scandalous and convoluted case that has connections reaching as far as Her Majesty the Queen.

Even with the help of two American agents from the Office of the Supernatural and the Metaphysical, Braun and Books have their work cut out for them as their chief suspect in a rash of nautical and aerial disasters is none other than Thomas Edison. Between the fantastic electric machines of Edison, the eccentricities of MoPO consultant Nikola Tesla, and the mysterious machinations of a new threat known only as the Maestro, they may find themselves in far worse danger than they ever have been in before… 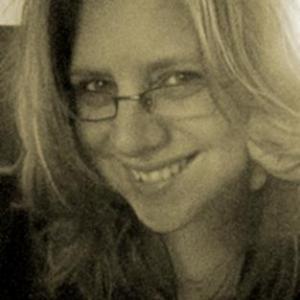 Born in Wellington, New Zealand, Philippa has always had her head in a book. For this she blames her father who thought Lord of the Rings was suitable bedtime reading for an eight year old. At the age of thirteen she began writing fantasy stories for herself.

She first earned a Bachelor of Arts in English Literature and Political Science and then a Bachelor of Applied Science in Library and Information Science. So soon enough she found herself working in the magical world of libraries where she stayed for over a decade

Her first professional sale was in 1997, and since then she has gone on to produce mostly novel length fiction. In 2006 she became New Zealand’s first podcast novelist, and she has voiced and produced Weaver’s Web, Chasing the Bard, Weather Child and Digital Magic as podiobooks. Her podcasts have been short listed for the Parsec Awards, and won a Sir Julius Vogel award.

Philippa is the author of the Books of the Order series with Ace- Geist and Spectyr and Wrayth out now, and Harbinger to follow. She is also the co-author of the Ministry of Peculiar Occurrences series with Tee Morris. Phoenix Rising debuted in May 2011 and The Janus Affair came out in May 2012. She also has the Shifted World series with Pyr Books, with the first book Hunter and Fox out now.

When not writing or podcasting, Philippa loves reading, gardening, and whenever possible traveling. With her husband, Tee and her daughter, she is looked after by a mighty clowder of three cats. 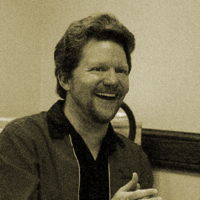 Tee Morris began his writing career with his 2002 historical epic fantasy, MOREVI The Chronicles of Rafe & Askana. In 2005 Tee took MOREVI into the then-unknown podosphere, making his novel the first book podcast in its entirety.

That experience led to the founding of Podiobooks.com and collaborating with Evo Terra and Chuck Tomasi on Podcasting for Dummies and its follow-up, Expert Podcasting Practices for Dummies.

He won acclaim and accolades for his cross-genre fantasy-detective Billibub Baddings Mysteries, the podcast of The Case of the Singing Swordwinning him the 2008 Parsec Award for Best Audio Drama. Along with those titles, Tee has written articles and short stories for BenBella Books’s Farscape Forever: Sex, Drugs, and Killer Muppets, the podcast anthology VOICES: New Media Fiction, BenBella Books’ So Say We All: Collected Thoughts and Opinions of Battlestar Galactica, and Dragon Moon Press’ Podthology: The Pod Complex.

Tee bought all these skills to the award-winning Ministry of Peculiar Occurrences series which he wrote with his wife, Pip Ballantine. When he is not writing, Tee enjoys life in Virginia alongside Philippa Ballantine, his daughter, and three cats.

Right now Pip and Tee are also running a Kickstarter for a brand new anthology and a roleplaying game set in the world of the Ministry of Peculiar Occurrences. Check out the project here http://bit.ly/ministry-initiative

And here’s a video you can embed to go with it.  http://www.kickstarter.com/projects/1034531507/the-ministry-initiative-steampunk-role-playing-and/widget/video.html

So what do you guys think? Are you ready to read this one! I think it sounds fantastic and I cannot wait!! 🙂 Happy reading and later gators!