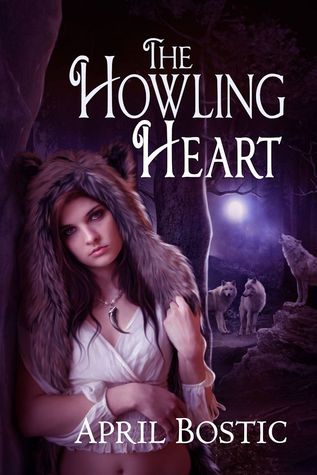 Paige Donovan is an ambitious college graduate who aspires to reach the top of the corporate ladder. She’s climbing fast when given the promotion of a lifetime at a prestigious fashion magazine in New York City. Her bright future comes to an unexpected halt after news of her father’s death. She inherits his old cabin in the Colorado Rockies, and just when she thinks her luck couldn’t get any worse, she has a car accident in the mountains and awakens in the small, remote community of Black River.Soon, she’s engulfed in the mystical world of Varulv—wolves descended from 13th century Scandinavia and blessed by Norse gods with the ability to appear human. Paige is desperate to return home, but never expects to fall for her rescuer, Riley Gray, a charming young werewolf from England who offers her an alternate future with his pack.

My Review:
Hmmm, what if werewolves weren’t the humans that turn into wolves, but wolves who turn into humans. And what if they came from those Vikings and their Gods. I like it when there’s a little twist on a very loved supernatural being. This story tells you that werewolves are a little different than we thought 🙂 It’s a paranormal romance that will keep you on your toes with the twist that what “really” happens when the wolf finally finds the mate. Really it’s a fun one!
Paige is your main character. She’s a city girl who fell in love with the country as a kid but could never go back. She’s worked extra hard to get her job at “Elle” and then her one family member she loves and relies on dies, she gets to go back to that country she loved as a kid. But some things are different now that she’s grown. She still can’t get along with her mom. She has a wolf who is tracking her. She doesn’t understand the law enforcement in the small town. Things are complicated. And it gets even more complicated when Riley Gray rescues her from dying in a car wreck. Oh boy does it turn into a fun ride.
Riley has his sweet gentle demeanor. But can that surpass his wolf dual nature. He’s desperate to keep Paige as his mate, he’ll do anything, he can’t help it. And then what happens if they do become a mated pair. And he’s got some add habits, like his non-aversion to nudity, all the time. But he’s so sweet, and he’s gorgeous! But he howls, and sometimes growls, and he never wants to wear clothes. LOL and can Paige really deal with “mating” for life. And I will say that these incidents in the book are for the more mature adult.
I will say that there’s a certain shock value that comes with some parts. I will also say that some parts are also just so innocent. So, maybe be a little prepared LOL BUT it’s still a really good story. It’s got some twists that I found so interesting. I do so love werewolves. 🙂 4 PAWS!

About the Author:
April Bostic is a New Jersey-based, Adult Romance author who enjoys unleashing her creativity and letting her imagination run wild. Her love of romance books inspired her to become not just a reader, but also a writer. In December 2008, she self-published her first novel, a contemporary romance with a supernatural twist entitled “A Rose to the Fallen”.

After five years, she released her second novel, “The Howling Heart” in August 2013, a paranormal romance that delves into the mystical world of werewolves and Norse gods. To end her busiest year in publishing, April will release her fourth short story in December 2013, a historical paranormal romance entitled “A Dark Scandal”.

Author’s website and Goodreads page.
Thanks for stopping by today guys! I hope you enjoyed it and I hope you check this one out. 🙂 Happy reading and later gators!